Gold Prospecting: For Better or Worse--It Was A Dark and Overcast Night

Not so many years ago, a not-so-gentleman we’ll call Jolly Boom-Boom shot to death an alleged claim jumper. Jolly got fifteen years to life for the excess use of force. With that in mind, my partner—at the time president of our local prospecting club—and I found ourselves well armed and (legally) camped in a tent on a perilous outcropping within that very claim in Northern California a while back.

On our second night thus encamped with cliff danger on three sides, I awoke around midnight only to discover my emergency Gatorade bottle was already filled to the brim with the evening’s recycled beer. Yet, I needed to go again. I wriggled from the warmth of the sleeping bag, grabbed the bottle, shoved my toes into a pair of Crocs, and crawled to unzip the tent opening. As I exited, my mind quickly dismissed the idea that I might need my flashlight, located at the far end of the tent. Heck, I’d done this a thousand times over in Sequoia without one. What could possibly go wrong?

Outside, I glanced up. No moon, no starlight, the world black as the ace of spades at midnight in an Arctic coalmine shaft in December.

I inched left, feeling for a tree I remembered was a few feet left of the tent opening. Ah, got it! Below I felt my partner’s backpack, stowed where he had left it. In my sleepy state, what did not register was the fact that I had my hand on a good-size tree and from eighteen inches, could not discern the slightest image in front of me.

I “Gangnam-styled” my way left, one outstretched Croc feeling for safe ground, one hand testing the night for anything solid. Moving thusly, foot by foot, I eventually assumed I was far enough away from the tent to enable emptying the bottle and doing another tinkle. A minute later...ah, yes, mission accomplished!

Now, with balance becoming an issue, I rotated like a robot in the direction of our accommodations. With one outstretched hand grasping the bottle and the other waving at air, I moved forward feeling for the tent. No tent. No tree.

I began silently cursing myself for not bringing the flashlight, meanwhile continuing to ease along. Geez, if I have to wake my bud, he’ll think I’m dumber than a box of creek gravel.

I feel down for the backpack. Nothing. Oh, God, no! Wrong tree!

Then I heard it—a tiny sound about as loud as a mouse fart at a thousand yards. But no, it was a nanosecond snore from my tentmate. Or was it?

But it came from way left, where my brain swears the cliff resides.

Inch by inch, the left Croc shuffles its way onward, hand flailing the emptiness until...thump! Oh, joy! The tent! But there’s no opening. I’m at the side or rear.

I make my way along the fabric, tripping over tie-downs, when it dawns on me. My Partner may awaken. He has a loaded 9mm within arm’s reach. This is bear country. New headline: “Evil President of Prospecting Club Shoots Vet Over Mine Dispute. Shooter Gets Fifteen to Life, Joining Jolly Boom-Boom at Corcoran.”

But no, I find the zipper and slip quietly inside.

But, at least no one will ever know.

Do you have a “for better or worse” story to share? We’d love to hear it. You can submit it via email at editor@icmj.com. 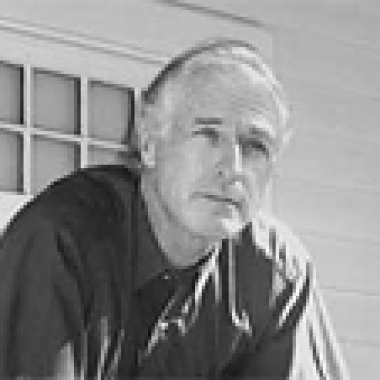 It’s not easy to figure out what is best without testing, and so a certain level of confusion has developed about how small the ore ought to be crushed.

With successively lower temperatures as the water mixture cools, new sets of minerals are formed and many of those stable at a higher degree of heat became subject to alteration as the temperature progressively moved lower.

Revisiting an Old Mine in Idaho Reaps Rewards

Our research indicated this whole area had been claimed by Newmont mining company for several years, but when the price of gold dropped they let the claims expire, and we confirmed this with the local BLM office.

I Finally Made It to Northern Nevada

After a while I got a very nice signal and out came a sweet kidney-shaped bit of gold weighing about three grams.

The “Chuck It Out” Nugget

This was no ordinary nugget. It had not traveled very far from its nearby source, and that did mean a lot, as we were searching for the source of several such nuggets found during a gold rush that occurred in 1859.

...we will continue our examination of the rich streams and mining districts, and then take a look at some of the big nuggets that have been found here.

Gold Prospecting: For Better or Worse

We all love to see that first glimmer of gold when it peeks out from under the black sand in our pan, or feel the weight of a nugget in our scoop when we dig a good target. But sometimes things don’t go quite so smoothly.