Once again international terrorism became the focus of much of the world as the British Isles were swept by two major stories. First, two vehicles were found with high explosives in London and it was only the smoldering fuses that gave away the contents of the vehicles before they exploded.

February 2004
Rotten rock (saprolite) can be found in all warm, humid regions, but is best developed in humid, subtropical climates, like that found in the American South. Outwardly, it looks like bedrock, but upon closer inspection, it can be seen that roots penetrate it and that it can be worked with a shovel or hydraulic monitor.

May 2006
Don’t bother eyeballing that rock for silver! Even if it’s high grade you’ll not see the familiar dime or quarter coin color. Native silver is almost as rare as brass ore. Well, if it’s so hard to find, is silver worth looking for? You bet! Just check the latest prices—and they may go higher. 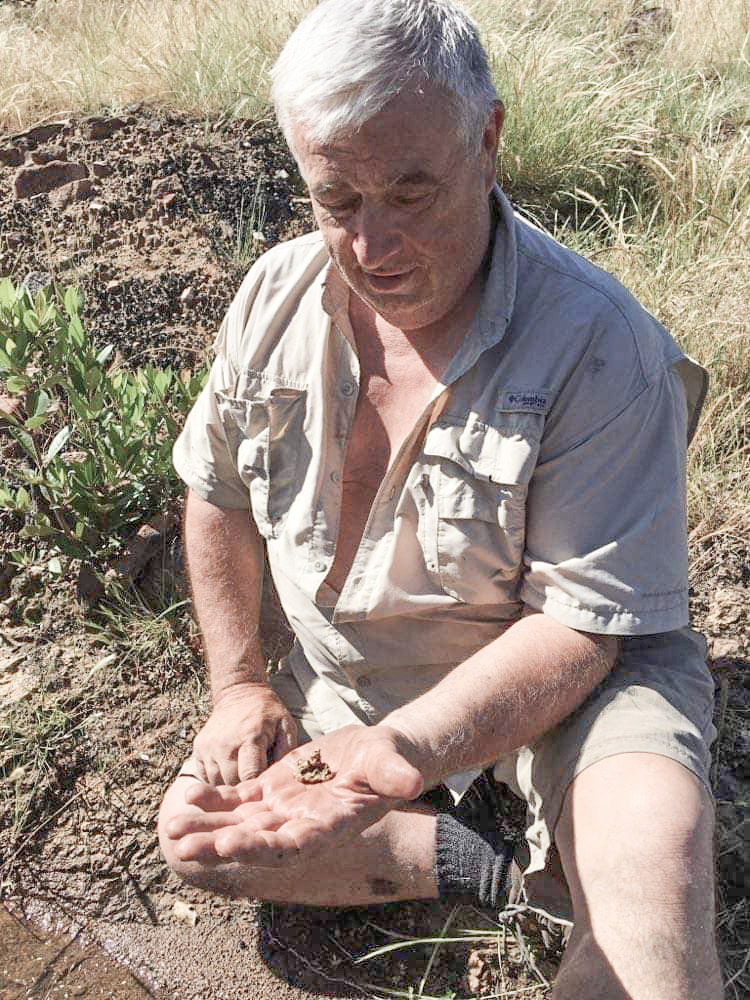 
You’re out in the goldfields and searching for a spot that will possibly give up a gold nugget.

The Beer That Saved Goldfield

March 1999
The Nevada Historical Society's
"This Was Nevada Series"

Ask The Experts - Advice for a new prospector in Placerville, California?

April 2012
During the past decade, silver has been in a pronounced bull market, which many analysts attribute to its unique attractions as both a monetary and industrial metal. One Canadian junior miner, SilverCrest Mines Inc., is working actively to take advantage of silver’s favorable performance by steadily expanding production at its flagship Santa Elena Mine...

Subscription Required:
The Bawl Mill   • Ask the Experts   • The Basics of Small-Scale Heap Leaching with Cyanide   • Will California Dredging Survive?   • Prospecting For Gold—The Osborne/Herman Hardrock Mine   • Journeys in the Kingman Quadrangle   • From Spanish Mine to Modern-Day Exploration: The Historic Gold-Silver Camp of Palmarejo   • Spanish Police Seize Ship in Treasure Fight   • Looking Back   • Gold Mine Proposed in Jefferson County   • Mining Stock Quotes and Mineral & Metal Prices