Public Lands for the People is taking on the government on behalf of miners to prevent more closures of public lands to mining and to stop excessive regulations, but they require more help from miners and mining-related businesses to face new challenges.

PLP is currently involved in two prolonged court battles. The Karuk Tribe of Northern California is going back to court to try to prevent the State from issuing suction dredge permits. The Siskiyou Education Project’s attempt to force the Forest Service to require a Plan of Operation for all suction dredge mining is now in the 9th Circuit Court on appeal after the miners won in District Court.

And there are three new lawsuits pending, along with several anti-mining bills in Congress. PLP would like to intervene in all of these cases to protect the rights of miners, but funds are desperately needed.

As many of you are aware, the USFS is closing thousands of miles of roads across the West through the use of Travel Management Plans. The Eldorado National Forest was the first to complete an Environmental Impact Statement and Record of Decision on the closures. PLP has prepared their own lawsuit against the Eldorado National Forest to stop the road closures, and it is ready to be filed. Their goal is to win this first case and set precedent for other National Forests.

We at the Journal are certainly aware that many miners and prospectors are going through tough economic times. However, we recognize that if we don’t support this effort, there will be few places left to mine or prospect in the United States. To get things started in the right direction, we answered the call for help with a $5,000 donation to PLP in February 2009.

Please consider a contribution to PLP to join the fight. 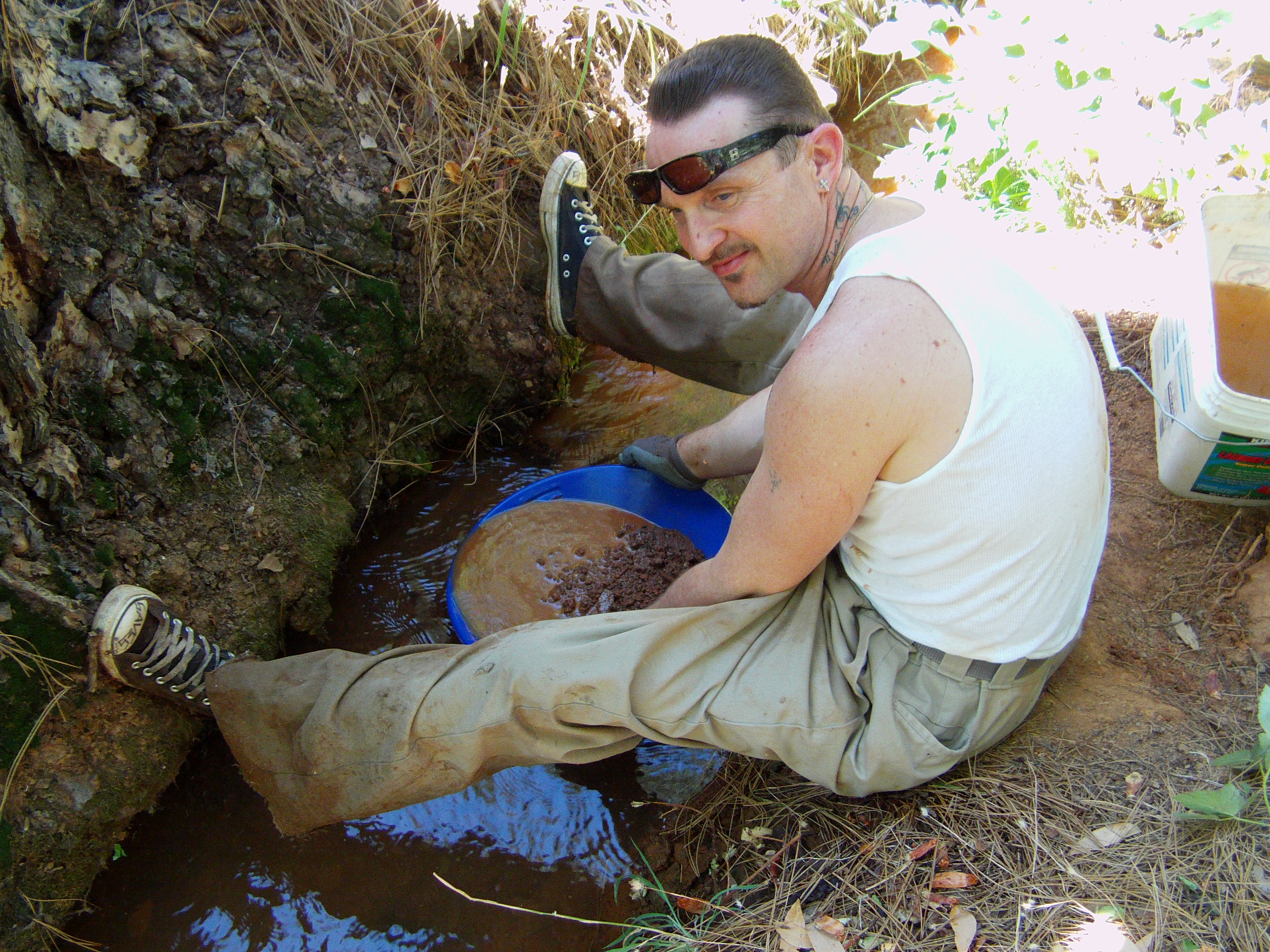 
The early miners sought their wealth in the creeks and rivers of the area but the true wealth was discovered by accident.

Trash! A Hindrance Or Hot Spot For Hidden Gold?

I love it when I am in the middle of a high trash area and all the ferrous bars go away, the screen number goes to a three or an eight, and the meter is forty to a hundred. I don’t know for sure that I have found gold, but it narrows the odds down.

November 2012
Every so often, deadlines are a real pain in the neck! That is truly the case this month as we must complete these musings prior to the Vice Presidential debates as well as the last two Obama-Romney encounters.

Owning a mining claim is one of the greatest opportunities still available to American citizens. In last month’s article, we covered the basics of researching public lands and determining if the spot is open to claim.

September 2007
Well, the events of last month have completely diverted attention away from prior problems such as tensions in Iran, arms build-ups in China and Russia, socialist experimentation in Venezuela and Bolivia, peace efforts between Israel and the Palestinians, and instead have placed the focus of the world squarely on a rapidly growing array of financial dislocations.

The Mojave Desert is located in southeastern California, southern Nevada, western Arizona, and northern Sonora. Geologically, its western boundary is marked by the San Andreas and Garlock faults, but elsewhere, the boundaries are...

February 2000
President Clinton took a helicopter tour of the Grand Canyon yesterday, then put his pen to paper to designate three more areas as national monuments and expand several others.

Free:
Legislative and Regulatory Update   • Rahall Proposes Bill to End All Mining in the U.S.