Without question, the unique metal lithium has been the focus of a great deal of attention recently, following the development of lithium-ion battery demand projected for hybrid and electric vehicles. As a result, the mining industry has been actively seeking to develop lithium resources, and an area receiving increasing attention is inside the Canadian province of Quebec, to the east of James Bay.

One company that is actively working to develop their lithium property is Nemaska Exploration, with their primary project located near the Cree community of Nemaska, situated on the shores of Champion Lake. Their lithium project is called “Whabouchi,” and according to the company’s recently released NI 43-101 compliant resource estimate, it also contains significant beryllium values. Whabouchi is 100% owned by the company, having been purchased from a prior individual owner. Their roster of projects also includes the Nisk-1 polymetallic project, purchased from previous owner Golden Goose, where a NI 43-101 compliant resource estimate showed Measured and Indicated resources of 47,420,000 pounds of nickel and 24,591,380 pounds of copper, plus lesser values of cobalt, platinum and palladium.

The company is concentrating on advancing the Whabouchi lithium project as rapidly as possible. After acquiring the project in September 2009, Nemaska immediately carried out an exploration program involving 900 meters of drilling and the recovery of samples from 16 trenches. The drilling confirmed results that had been obtained 45 years earlier by a subsidiary of Inco. During the prior drilling, lithium grades averaging 1.44% were encountered, but the newer holes showed intercepts including 65.74 meters grading 1.92% Li2O and 20.76 meters grading 1.74%.

Since acquiring the project, Nemaska has completed over 12,000 meters of drilling, including one hole to explore the deposit at depth. That hole encountered mineralization that assayed at 1.61% Li2O over 79.2 meters from 383.8 meters to 463 meters across a true width of 46.7 meters. Although assays from this hole were received too late to become part of the NI 43-101 Resource Estimate released May 31, 2010, they represent the deepest location of ore discovered to date at Whabouchi.

Lithium ore is typically contained in either of two forms. South American lithium deposits, which at present account for a major portion of the world’s production, are typically hosted in a briny solution where the lithium is extracted using a brine-pool evaporation method. While this is an efficient method of mining lithium, it involves high water usage. The Quebec deposits, however, are of a different nature, with the silver-white lithium being contained in the mineral spodumene, which itself is typically found inside a pegmatite ore body. Pegmatite bodies in Quebec are typically white in color.

Lithium consumption can be very sensitive to economic demands, a factor that came into play during the economic recession of 2007-10. Since many usages of lithium involve end-products like batteries for laptop computers or other high-tech instruments as well as relatively expensive hybrid or electric vehicles, demand for such products can be very price sensitive and demand fell off considerably during 2009. Worldwide economies should eventually recover along with demand.

In relation to demand, perhaps the greatest excitement in the world of lithium is the expected dramatic increase in the production of hybrid and electric automobiles in future years. These vehicles are marketed as a method to reduce dependence on petroleum consumption where costs are rising and supply is somewhat uncertain, and as a way of reducing pollution. Of course, all the energy transferred from petroleum-based sources to the electric grid will demand a reliable and consistent source of power generation. That’s a debate for another day.

Many believe that one means of working toward these goals is via the production of battery-driven electric automobiles, either pure electric or hybrid vehicles. One essential item in the manufacture of either alternative is determining the most efficient battery system and, to date, the favored choice is the lithium-ion battery. Several research agencies have published authoritative papers which conclude that, given present technology and research, lithium-ion batteries offer the best combination of electricity storage that will allow both reasonable speeds attained as well as the most extended drivable distance per charge. 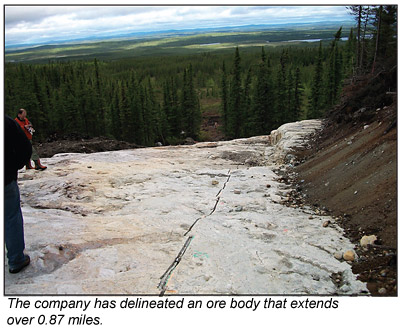 Vehicle batteries require high lithium purity because the range of the car is so important. Therefore, when lithium purity drops to about 80%, people will likely replace them. However, lithium batteries at 80% purity function very well in terms of alternative energy utilization such as regulating the flow of electricity from applications such as wind, solar and tidal power production where the source of power is irregular and excess production must be stored in batteries for future release to maintain an even flow. Given the anticipated growth for power generated from those sources, this would indicate yet another future lithium demand.

It must also be noted that battery applications are only one source of demand for lithium. It also has important uses in alloys for aerospace and armor; as a flux in porcelain enamel formulations; in the glass manufacturing industry; in aluminum production and in the production of several medical treatments.

Unfortunately, lithium-ion batteries tend to be more expensive than the alternative nickel-metal-hydride option, but it is anticipated that costs per vehicle will diminish with increases in future production. It is now projected that the lithium market will expand to more than $8 billion per year by 2015, and as the demand for lithium increases, so too is the rate of mining industry activity expected to increase in order to locate lithium resources and bring them into production.

At the Whabouchi project, company geologists have determined the ore body extends over 0.87 miles (1.4 kilometers) along strike, is about 650 feet (200 meters) wide and is open to the east and at depth. Typical thickness of the ore body has been evaluated by the company at approximately 165-195 feet (50-60 meters). Projected plans call for a quarry/open pit mining operation.

Nemaska’s future plans include taking five metric tonnes of ore and creating one tonne of concentrate of about 6.5% lithium. The concentrate could then be trucked to international ports along the St. Lawrence River for shipment either to Europe, where the material is used extensively in glass and ceramics, or to China where some refineries are operating well below capacity and would welcome additional material. Nemaska’s President, Guy Bourassa, stated it was the company’s goal to lock in long term off-take contracts prior to entering production.

Geologically, Whabouchi lies inside the northeast part of the Superior province, which itself lies in the heart of the Canadian shield that stretches across northern Canada. Locally, the Whabouchi property is located in the Lac des Montagnes volcano-sedimentary formation, which is several kilometers wide, oriented north-east and consists of amphibolites that are strongly deformed and cut by late granotoids (leucogranites and biotite-bearing white pegmatites.)

Infrastructure in the Whabouchi area is excellent with an all-weather road passing within one kilometer of the project area; Quebec Hydro lines in the direct vicinity; and a quality source of experienced labor and equipment supplies located in the mining community of Chibougamau, located 170 miles (280 km) to the southeast. Also, the Nemiscau airport, located 11 miles (18 km) east of the project hosts both scheduled and chartered flights.
Cree tribes have occupied this portion of Quebec for some generations, so aboriginal relationships are very important. The Cree have been supporters of Nemaska’s projects, recognizing the opportunity for both high earnings and excellent training that would become available through mining ventures. However, they also insist that their historic activities, such as the working of trap lines, be respected and protected.

Nemaska is not the only company presently active in the area. During our visit to Whabouchi we were also able to stop by properties in various stages of development from companies that include Canadian Lithium, Lithium One, Sirios and Globestar. Clearly, lithium exploration and development has become an important part of the mining industry in “La Belle Province.”
_______________

Further information is available at www.nemaskaexploration.com

In the July 2003 issue we reported on the case of Public Lands for the People (PLP) members Ron Lex and Ken Waggener (“PLP Members Win Occupancy Case—Appeals Continue”). The two miners were cited for occupying their...

September 2001
Gold—a very elusive, heavy, yellow, metallic element—is coveted by man and not easily given up by Mother Nature. This is a story of a group of friends—old, new, and some I hadn’t met before this trip. We embarked on a journey in search of that yellow metal.

Ask the Experts—How did the bill to address RS 2477 pan out?

April 2007
Q: In the November 2006 issue, you published an article “Bill to address RS 2477” regarding rights-of-way across public lands (HR 6298, introduced by Representative Steven Pearce of New Mexico). Will you please provide me with some information about how this panned out?

Success With A Detector

I’m often asked, "What is the single most important skill to be successful at metal detecting?"

The 250 mile long Colorado Mineral Belt cuts diagonally across central and southwestern Colorado, in the heart of the Rocky Mountains...

February 2005
Highway 49—the “Golden Highway”—heads northeast out of Placer County into a stretch of Nevada County that is almost as busy as it was during the Gold Rush. The neighboring towns of Grass Valley and Nevada City are still booming—a beautiful location to live in the Sierra foothills.