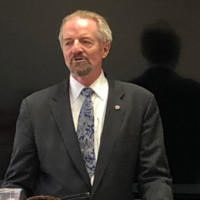 William Perry Pendley has been appointed deputy director of policy and programs at the Bureau of Land Management.

Pendley is a Marine Corps veteran and he led Mountain States Legal Foundation from 1989 until December of 2018. He also served in the Department of Interior under former President Ronald Reagan as deputy assistant secretary for energy and minerals.

Pendley and Mountain States Legal are best known for taking on the fight against federal government overreach. While with Mountain States, he and his staff of attorneys were involved in litigation against many federal agencies, including the Forest Service, Bureau of Land Management, Fish & Wildlife, and the Environmental Protecting Agency, and filed numerous amicus briefs in support of miners, ranchers, farmers, loggers, public land users and private landowners. This included an amicus brief in support of California suction dredger Brandon Rinehart when the case was being considered by the US Supreme Court.

I've had the opportunity to meet with and talk to Pendley on several occasions in Washington, D.C. He is extremely sharp and I'm sure he will give 110%. I can't think of anyone who is more qualified to fill the role of deputy director of policy and programs at BLM and who understands the plight of small-scale and large-scale miners.