The finds were featured on the Aussie Gold Hunters show on August 20.

Brett Shannon and his brother-in-law, Ethan West, uncovered the nuggets while detecting after Mr. West's father used a large excavator to clear a new area to hunt. According to the Discovery Channel, the trio waited several months for a mining permit to work virgin ground. And it was definitely worth the wait.

The combined weight of the two nuggets was reported as 7.7 troy pounds, or 92.4 troy ounces. They estimated the value after adding 30% to the current price per ounce as compensation for the rarity of nuggets of this size. 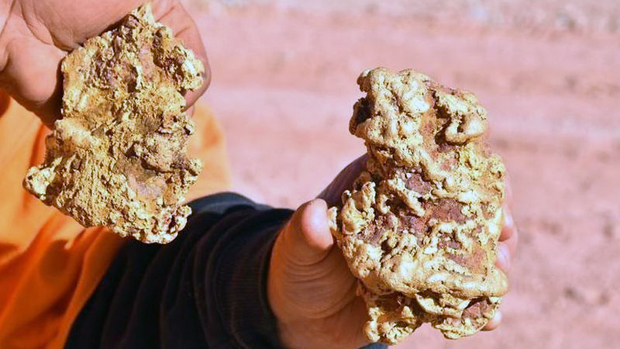