The federal Cybersecurity and Infrastructure Security Agency (CISA) issued an emergency directive on Sunday, December 13, 2020, ordering all federal agencies that utilized computer programs and products provided by a company called "SolarWinds" and software called "Orion" to immediately shut down those networks.

The Bureau of Land Management's (BLM) LR2000 system is just one of the federal government's networks that used the Orion software. (The LR2000 system is utilized by thousands of miners across the United States to research the status of mining claims.) 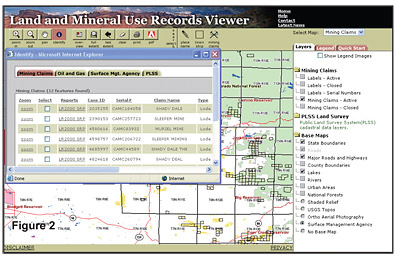 According to fedscoop.com, "SolarWinds has been supplying agencies for a long time, first developing tools to help them understand how their servers were doing, and then branching out into network and infrastructure monitoring." At least 32 federal agencies have been using this software that was first purchased in 2006.

While our Washington, DC, connections in BLM confirmed that a new, improved system to replace LR2000 has been in the works and is due to be released in 2021, the recent hacking incident has taken the current system off-line.

The Washington Post was the first to report that a Russian hacking group identified as APT29 or "Cozy Bear" used the company's updating system to introduce malware into the software beginning in March 2020 and continuing through June 2020.

In a press release issued on December 13, 2020, CISA Acting Director Brandon Wales stated, "The compromise of SolarWinds' Orion Network Management Products poses unacceptable risks to the security of federal networks. Tonight's directive is intended to mitigate potential compromises within federal civilian networks, and we urge all our partners—in the public and private sectors—to assess their exposure to this compromise and to secure their networks against any exploitation.”

So, unfortunately, miners wishing to research mining claim status are now handicapped by the forced takedown of the LR2000 system. We've reached out to our contacts in Washington, DC—along with our friends at Public Lands for the People—to see if the alternative to the LR2000 system currently in development might be expedited. This is extremely important due to the ongoing threats from China and their control of the critical minerals supply chain.

We will certainly keep you posted when we get any updates.

We wish to thank Josh Reinke and Dan Jones for background information for this article.