To:       Our loyal subscribers and advertisers

We know many of you don’t have time to keep up with everything we publish in ICMJ’s Prospecting and Mining Journal. But I wanted to make you aware of a few things we are doing on behalf of our loyal readers and advertisers.

I made two trips with Clark Pearson of Public Lands for the People (PLP) to Washington, DC, in 2017, and another one in March 2018.

During these trips we learned the current administration is serious about reducing regulations, creating jobs and cutting taxes; however, specific solutions to provide relief for small-scale miners and prospectors are lacking. We also learned that many current members of Congress are willing to assist small miners and operators, but some of them (and members of their staff) need to be educated about the issues.

We had the opportunity to meet with Trump Administration appointees at the Forest Service, Bureau of Land Management, Fish & Wildlife Service, and the Environmental Protection Agency. Unlike past administrations, the new appointees seem receptive to the needs of small miners. In addition, we had meetings with an advisor to the president, the chair of the Western Caucus, the chair of the Freedom Caucus, and over 40 members of the Senate and House. 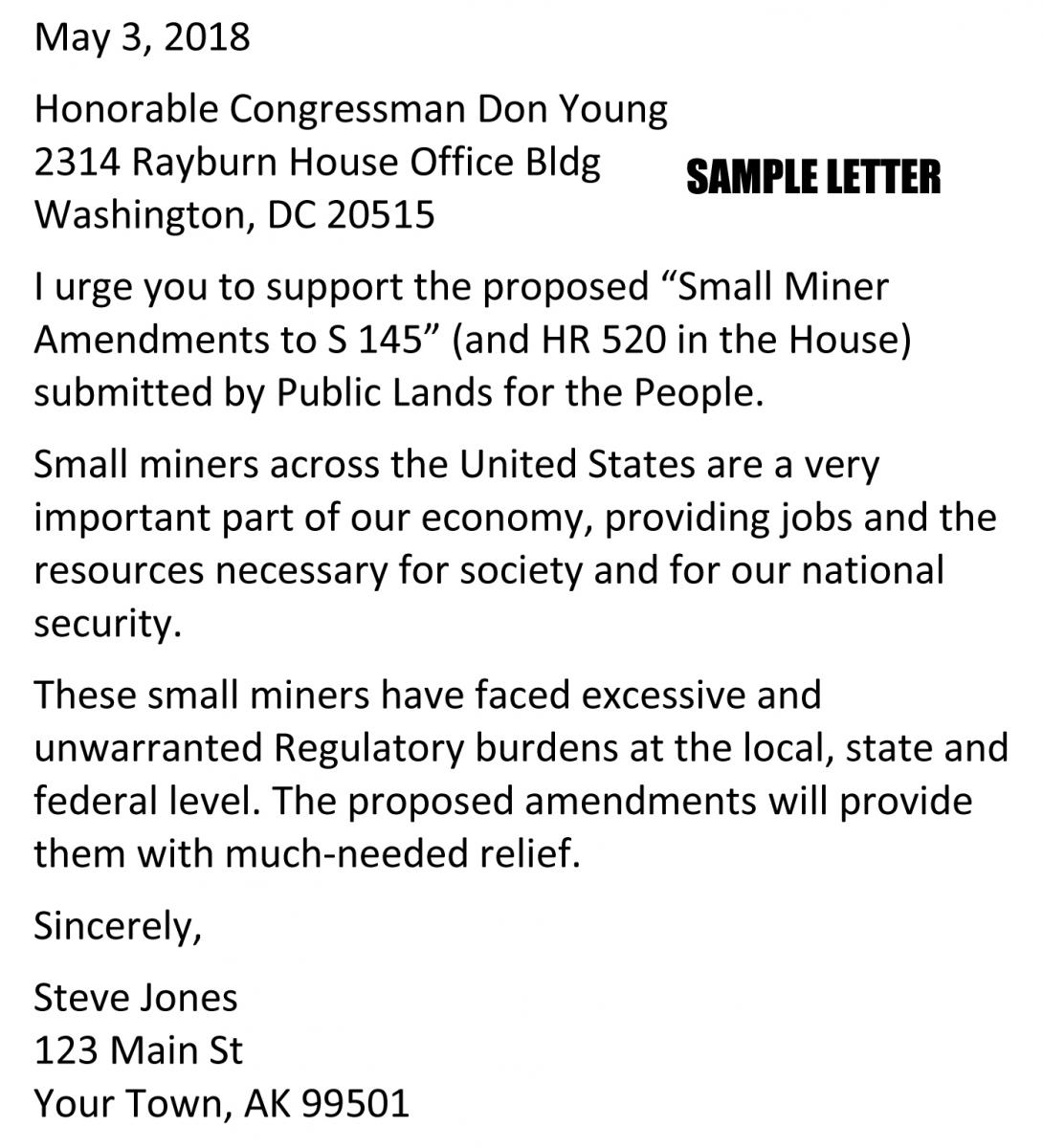 On June 4, 2018, I will be heading back to Washington, DC, for another week-long trip with Clark Pearson of Public Lands for the People. This will be our fourth trip to DC in 15 months.

We have an opportunity for significant regulatory relief right now,
but we need your help...

We are attempting to obtain relief for small-scale miners on several fronts. First, we have proposed amendments to Senate Bill 145, the “National Strategic and Critical Minerals Production Act” sponsored by Senator Dean Heller (R-Nevada). Our “Small Miner Amendments to S 145,” written by Clark Pearson of PLP, will accomplish the following:

…we need letters of support from miners.

Second, we are looking for immediate relief for miners who have been denied access to their mining claims on lands administered by the Forest Service. We’ve been in negotiations to make this happen and we’ll have another meeting in DC on this topic in a few weeks.

Third, we are scheduling a follow-up meeting with a deputy secretary at the EPA to seek clarification on suction gold dredge permitting. The EPA is allowed to regulate discharges and require permits for discharges under the National Pollution Discharge Elimination System (NPDES). The “trigger” for requiring a permit is the addition of a pollutant. Of course, suction gold dredgers do not add anything to the environment, but they do help clean the environment by capturing mercury, lead and other heavy metals. This was litigated in Los Angeles County Flood Control District v. Natural Resources Defense Council, et al., and in 2012, the US Supreme Court confirmed that an addition is necessary to require the NPDES permit. However, this ruling was handed down during the Obama Administration and the EPA has not changed their policy accordingly. Our follow-up meeting with the EPA will be to assist the agency in rescinding the NPDES permit requirement to comply with the court’s ruling. (Don Smith of Idaho garnered the support key members in the Idaho State Senate and House in this effort, and we hand-delivered a letter to the deputy director at the EPA on their behalf.)

And fourth, we’ll be meeting with the Mine Safety and Health Administration (MSHA) regarding a possible exemption for small operators. MSHA recently solicited comments regarding their regulations in an effort to comply with President Trump’s Executive Order 13777, titled, “Enforcing the Regulatory Reform Agenda.” EO 13777 directs each agency to review existing regulations, assess compliance costs, and reduce the regulatory burden.

There are two methods to make changes in DC. One involves throwing lavish parties and making hefty campaign contributions; the other involves showing those in charge why changes need to be made and demonstrating the support of constituents.

This is what I’m asking of you:

1) If you know any miners who are suffering because of the overzealous actions of regulators at any of the above-mentioned agencies, please have them send me a quick note—a couple of paragraphs is plenty. It can be mailed, emailed or faxed. At a minimum, it needs to include the miner’s name, city and state. List the agency, a brief summary of the problem, and suggestions for correction if appropriate, and send that off to me. (Profanity is never appropriate.) Clark and I will hand deliver these letters if you can get them to me by May 31. We would love to be armed with a huge stack of support letters for this trip to make the right impression on lawmakers and appointees.

Letters to the EPA can be addressed as follows:
Environmental Protection Agency
Office of the Administrator–1101A
1200 Pennsylvania Ave, NW
Washington, DC 20460

Regarding letters of support for the “Small Miner Amendments to S 145,” please address them to your member of the US Senate or US House of Representatives. 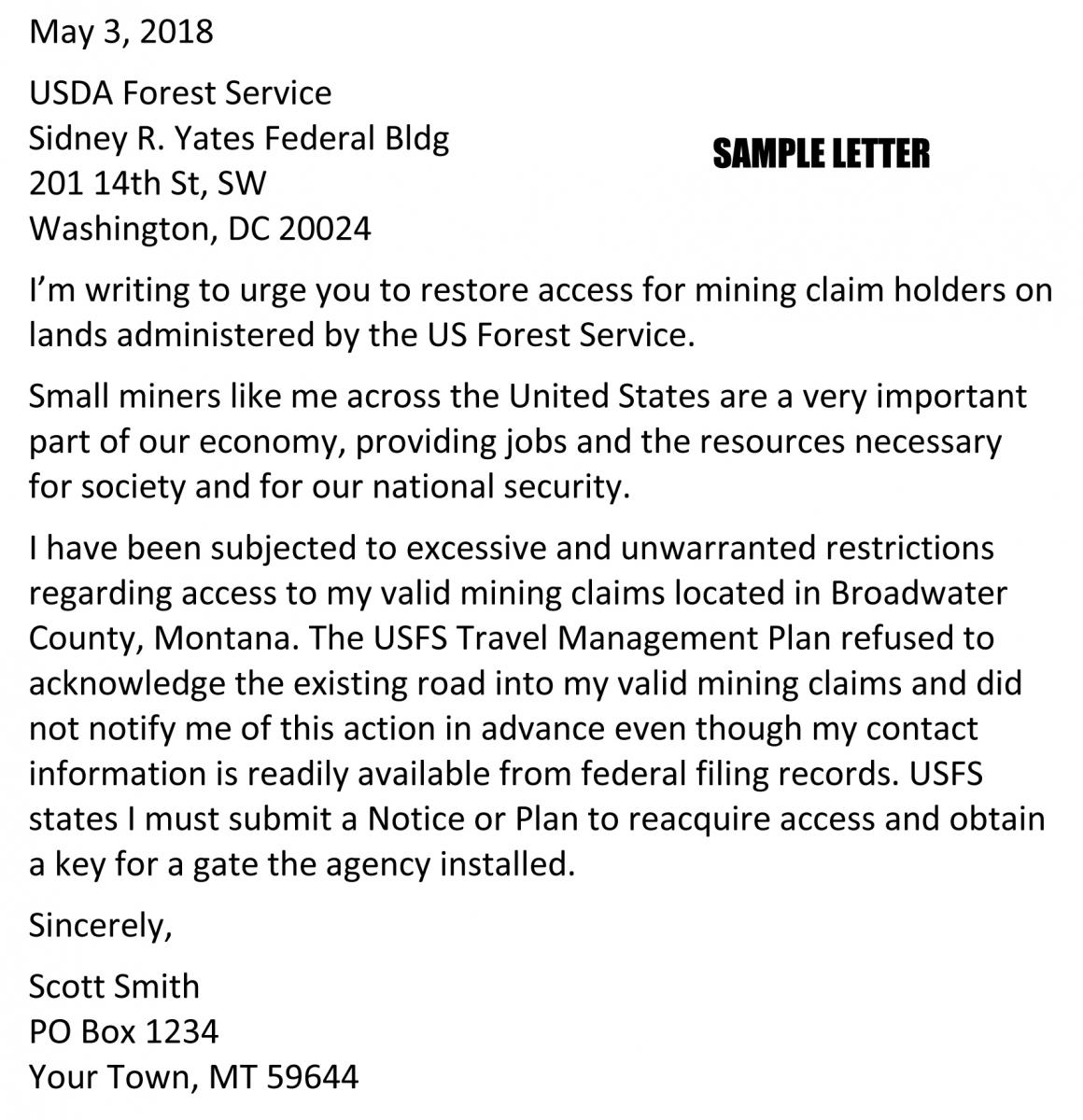 2) Please go to our website at www.icmj.com and read “Trip to the Swamp” for a summary of our last trip and read the “Small Miner Amendments to S 145” so you are well-informed.

3) Continue subscribing and advertising! Your support for our business is helping to fund these trips to DC and is being put to good use!

4) Support Public Lands for the People. They are a non-profit 501(c)(3) organization that relies on contributions from people like you to fund their efforts. More information is available online at www.publiclandsforthepeople.org

Under the current administration, we have an opportunity to create jobs, return to reasonable regulations, and restore mining as a priority for public lands.

PLP and I are committed to making this happen with your support.